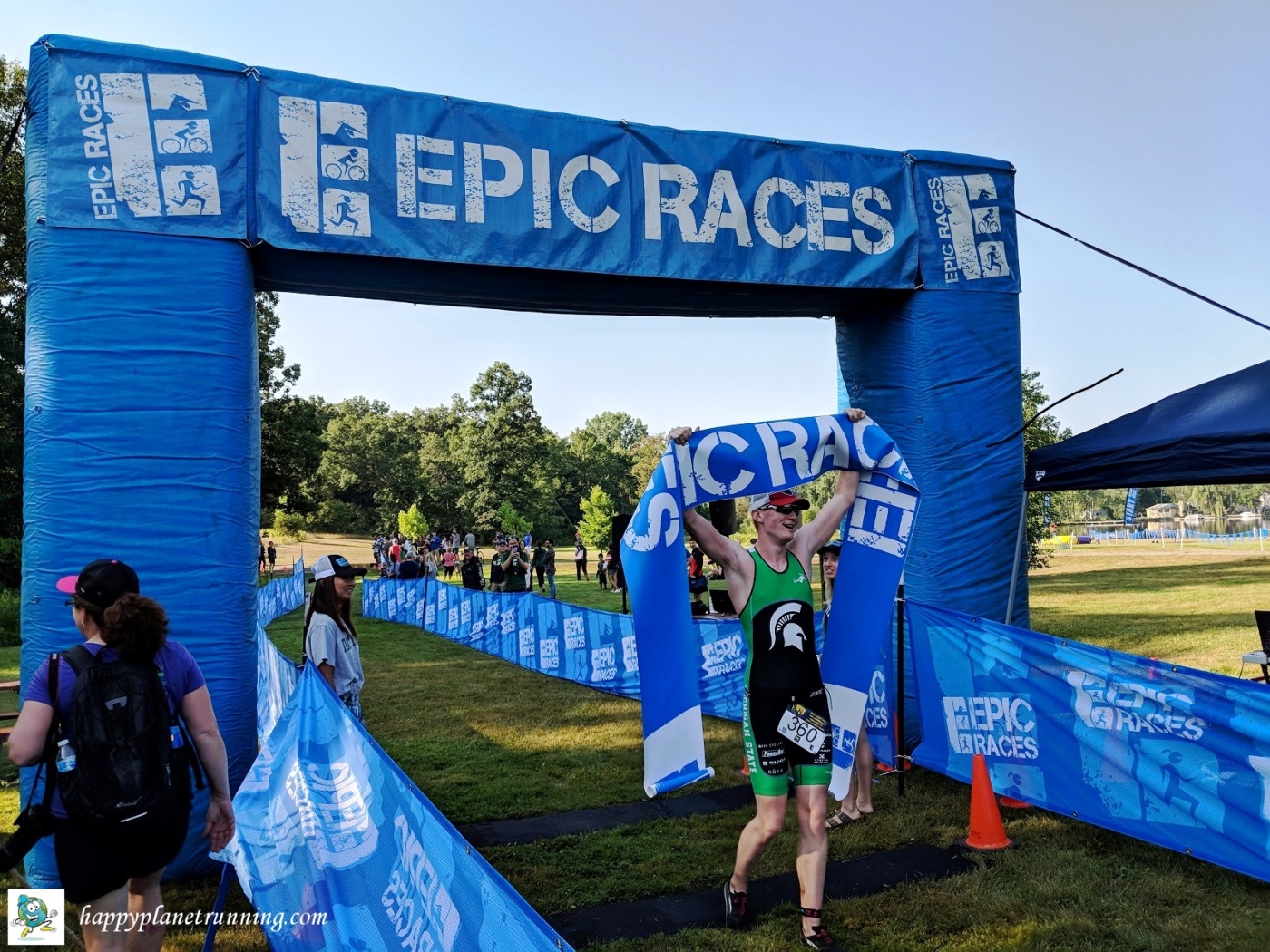 A great day, a well-run race, live calypso music, food, and beer! What could be better? Not too much, except having almost no trash on top of it!

The Ann Arbor Triathlon actually has a variety of race options. The main event is a sprint triathlon, but mini-sprint, aquabike, and duathlon are also offered.

All races are completed and the area is cleaned up by early afternoon.

Tents were set up near registration and next to the bike transition area. Blue pails were used for landfill waste.

Water bottles were handed out at the finish line, so we set up a bin for recyclables, as well as a bag for plastic wrap from medals. We added a sign to please empty the water bottles and put caps on, as we’ve had half-full (and even full) bottles put in the bins, as well as loose caps, which can fall through recycling machinery.

In the transition from bike to run we set up bins to collect water cups. Gu wrappers and food waste could be disposed of in the nearby Zero Hero tent.

The beer area next to the food tent got a set of bins for compostables and recyclables, and a bin for capturing the reusable hard plastic beer cups.

Food included egg and cheese burritos (assembled on-site), bananas, ice cream bars, chips, and candy. Noosa yogurt also showed up, with the usual challenge of dealing with plastic cups smeared with residue getting into our recycling and compost bags. 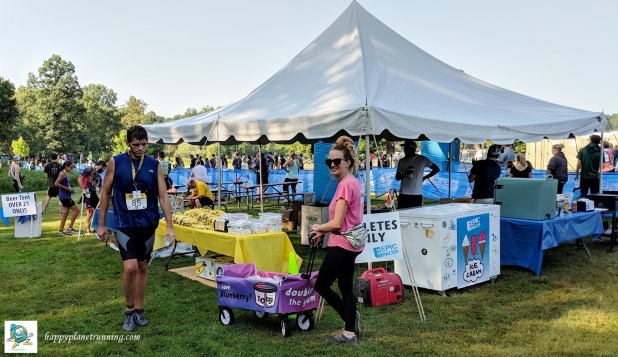 The burritos were wrapped in foil, which made some of them non-recyclable due to cheese residue. The staff reduced the amount of cheese in them, which helped. 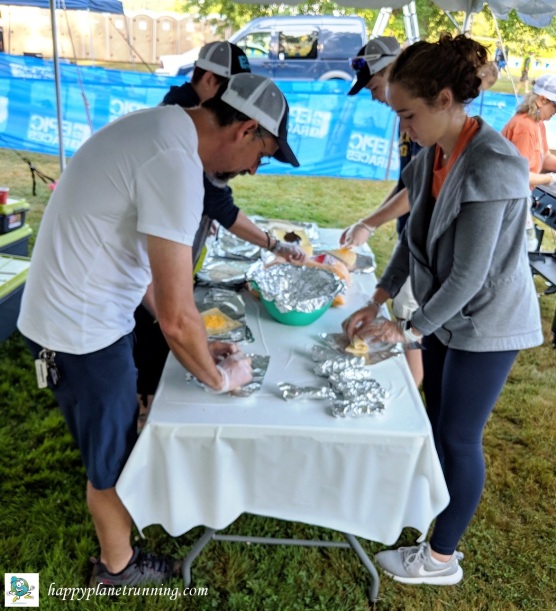 The extra “bottles empty / caps on” signs appear to have worked, as we had fewer bottles to empty out and fewer loose caps.

The transition area had a lot of small waste to pick up, such as tag tabs and Gu wrappers.

For the yogurt, we set up separate collection boxes for the used cups and rinsed them after the event. A total of 121 cups were recycled.

We had just one volunteer for the team, but she’s experienced in the process and passionate about Zero Waste, so between the two of us everything was handled smoothly and everything was cleaned up at the end of takedown. Thanks again, Janette!

Ask the athletes to police their transition space when they leave.