No Sour Grapes! Running Between the Vines Achieves 99 Percent Diversion 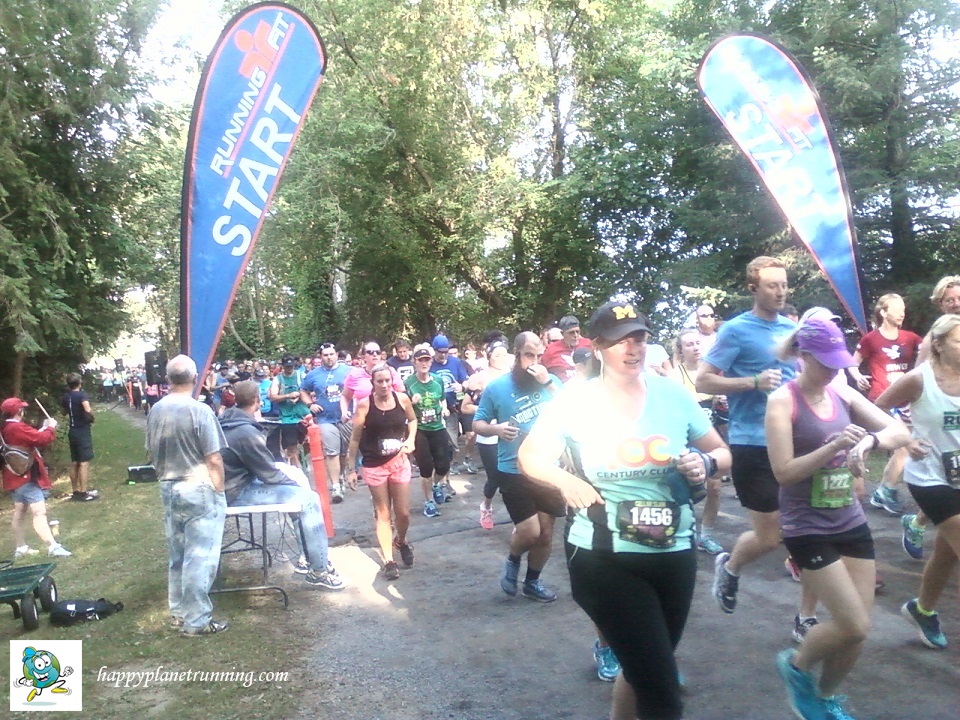 Attempting Zero Waste at a race that also involves wining and dining 2,000 people? No problem! A beautiful morning for a challenging set of races, and despite being up to our epaulets in cardboard, the Zero Waste team achieved a high for the year in waste diversion. Read on to see how we did it!

Running Between the Vines takes place at and around a vineyard and winery in Jackson, MI. The race options include a 5K, 5 mile, and half marathon on the local roads and trails. Following their races, runners use their finisher’s glasses to sample the vineyard’s wines, and enjoy local specialties while listening to a live jazz band. Unsurprisingly, the event sells out quickly each year. 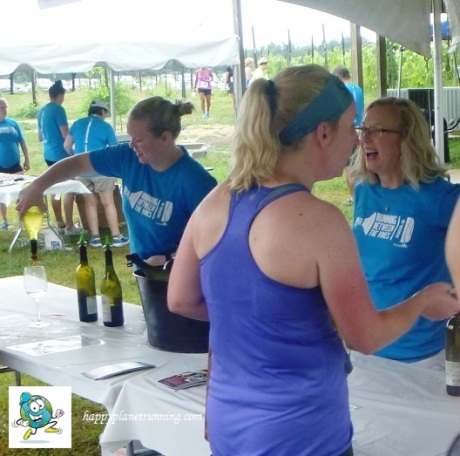 There are three “rush” times regarding waste management. The first is race start when runners discard their coffee cups, banana peels, and water bottles. The second is during the finishes when cardboard piles up from finisher glass and medal boxes, and the third when the event closes, as people leave and vendors pack up.

There were three main areas where we set up Zero Hero tents or bins: the porta-potties by the starting line, the finish area, and the post-race food and music area. We also set up a tent next to Registration and at the top of the grass ramp from the finish line to the food and music area. The recycling rolloff and sorting station were located roughly central to the busy areas. 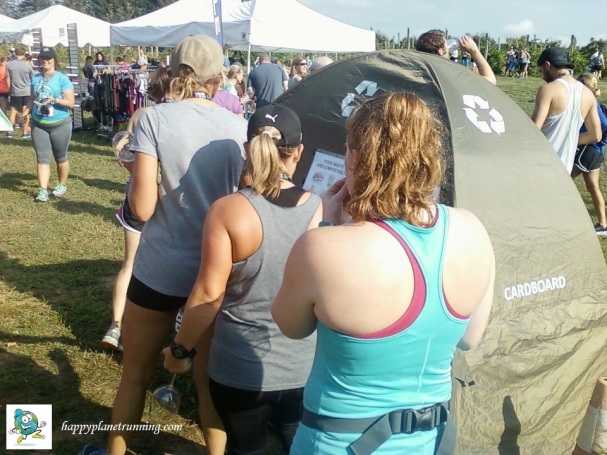 The vineyard had a table near its café for coffee and pre-ordered lunches. They had a trash can, and we added bins for food waste and recycling. Unfortunately the paper boats they used were not recyclable or compostable, which meant extra sorting in their bins and the nearby tents.

Food at the finish line was bananas and snack bags of chips. We captured the snack bag wrappers as a separate waste stream to send to TerraCycle. Vendor-supplied food included meatballs in sauce, chocolate, and cheese and crackers along with the sweet and dry wines.

After the initial activity of the races starting, things were pretty quiet until the majority of the 5K runners finished, followed by a steady stream of activity as the 5-mile and half marathoners finished. Heaviest activity in the food and music area was from 10:30 until around noon.

We placed a Zero Waste team member in the finish area, where he could supervise the tents there and help with breaking down the large number of cardboard boxes. Later a couple more people became available, who were posted  in the food and music area.

The main contributor to the recyclables was cardboard, with over 450 pounds total, mainly from the boxes that held the medals and finisher wine glasses. Compostables came from food waste, compostable containers, and paper towels from the porta-potty hand sinks.

Having a recycling rolloff onsite meant we didn’t have to drive the recyclables to Grainger like last year. However, the rolloff provider (Emmons Services) doesn’t accept Dixie cups, so Jeff wound up taking those to MSU Recycling.

The tents did not require too much sorting, which was good because other areas required more attention than expected.

Many water bottles were discarded along the starting line, and most of them needed to be emptied. Static bins may not have helped much due to its length. A volunteer “walking the line” with a recycle bag prior to the start of each race would save time and effort. 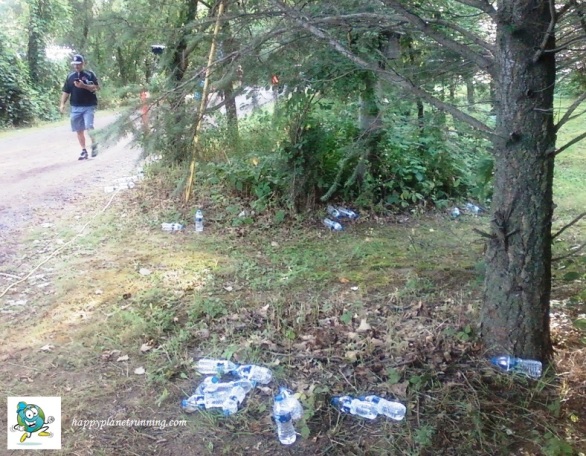 The bins at the vineyard’s sandwich table required frequent sorting to keep things in order there. Going to all compostable materials (paper boats, utensils, cups) would greatly simplify the waste collection.

The vineyard placed waste cans by their wine sampling tables for their own waste. But they were visible, so runners used them for everything – food waste, recyclables, etc. We captured and sorted them, but it was an unpleasant surprise. We can communicate better with the vineyard about waste disposal and recovery goals.

The meatball pans were kept warm with Sterno cans which were non-recyclable and considered hazardous waste. More environmentally-friendly alternatives are available, which we can suggest to the vineyard for next year.

Hauling the cardboard and compostables from the finish area to the sorting station was tedious and got in the way of people heading to the food and wine area. There should be a better way to transport it to the rolloff.

Better water bottle collection at the start of the races.

At the porta-potties, put out a compostables bin specifically labeled for paper towels.

Work with the vineyard so they and we use all compostable items.

Find a way to transport the starting and finish area waste to the sorting station and recycling rolloff that is less cumbersome and doesn’t interfere with the people traffic.